Soundtrack for the Winter Solstice 2015

There are a couple of things we won’t do at this time of year: first and foremost is the popular tradition of compiling year-end “best of” lists, but also holiday-related festivities; because, for many, the holiday season is an ordeal to be endured as an exercise in vapid materialism and familial dysfunction rather than a celebration of – well, we’ve all heard it countless times before.

Instead, we prefer to acknowledge and celebrate the original impetus for all year-end traditions: the winter solstice. As the earth tilts away from the sun at the furthest point of its solar orbit, darkness reigns on the longest night of the year. However one may feel about the absence of light over the winter months, the solstice is an opportune moment to turn one’s attention inward and reflect on thoughts and experiences – to embrace the dark, perhaps to find some solace in it. 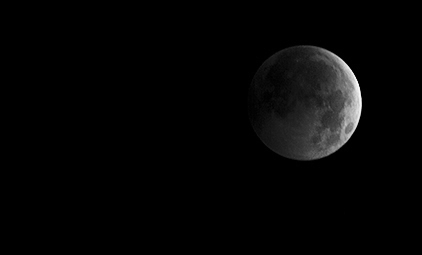 With that in mind, we’ve compiled a playlist of seven varied tracks for your introspective nightside journey, all of which were released sometime during 2015. This is not a “best of” playlist, but it does represent artists whose work we continue to enjoy and which, in our opinion, resonates with the timelessness of the solstice as the eternal anchor point for the earth’s cyclic progress through the seasons.

For fans of dark, atmospheric and emotional music whether metal, ambient, or otherwise.