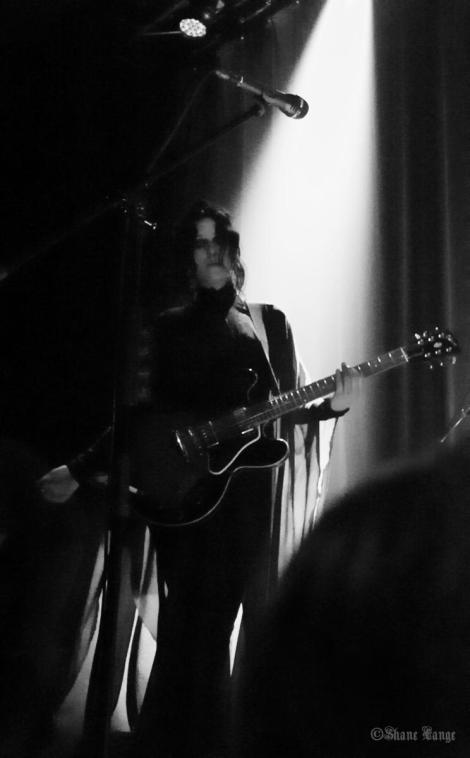 When Chelsea Wolfe was in Vancouver last October to support her latest album Abyss, the emphasis was clearly on new material. That is not a criticism – the album is a strong collection of songs and the performance was certainly well-received by the audience at the Rickshaw; however, fast-forward seven months and countless shows in both Europe and North America and the songs heard at The Imperial on Sunday have changed for the better.

This time around, Wolfe and her attendant bandmates seem relaxed and confident. There is no question of how the Abyss songs will be received – previously tested, they passed with honours – and, from constant performance, the songs now unfurl organically, in a virtually continuous stream. The setlist of new-old-new, in blocks of four to six songs, has been replaced with one that subtly shifts moods over two to three songs at a time and across albums; it is a songwriter’s set rather than an album showcase and better reflects the artist’s overall sound (with the exception of some heavy-handed sub-bass that was more of a distraction than a dramatic effect.)

While there is a lot to like about Abyss taken as a whole, having been out in the world for a few seasons it seems to have found a home for itself in a broader context than its original configuration – Abyss now takes its turn to look back into us – and something about that shift in perspective suits it.

Similarly, openers A Dead Forest Index are more complicated than one might expect from a duo (although, more often than not, the two-person band dynamic does yield pleasant surprises, and anyway seems to be the most pragmatic form for many new acts.) Not dark exactly, nor melancholy or moody; rather quiet. In some vaguely tangible way, the Auckland-based pair resonate on the same spectrum as Wolfe’s Abyss songs – which one can easily imagine originating from the twilight realm of sleep terrors, where stillness is anything but calming – and the stillness required to absorb their set brings on an unsettled, uncertain feeling that vacillates between anxiety and excitement.

Dreamlike, definitely; and one would hope that this unique sound experience continues to develop in its singular niche, because no amount of time is sufficient to fully absorb the thirteen songs on the band’s debut album, In All That Drifts From Summit Down, and their set came to an end long before one was ready to let go.